Do you want to increase your impact as a coach? Here are the principles behind Marshall Goldsmith’s Stakeholder Centered Coaching methodology that will show you how. 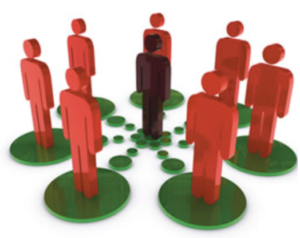 I had the privilege to attend Marshall Goldsmith’s Stakeholder Centered Coaching certification program. It’s was taught by his engaging, entertaining and brilliant business partner Frank Wagner.

Stakeholder Centered Coaching is truly a unique coaching methodology that can be used on both individual and team coaching engagements. But, it’s only for coaches who are serious about measuring their impact.

In fact, if you coach like Marshall, Frank and their other business partner Chris Coffey, you don’t get paid unless your coachee demonstrates measurable change.

Talk about having a stake in the game!

The question then, is how do you help successful people become even more successful and then measure the results?

There are three key principles that are foundational in the Stakeholder Centered Coaching methodology. Here’s a high level view just to give you a taste.

Meet Brad Barton. He’s not only a participant in the Stakeholder Centered Coaching class, he’s a renowned motivational speaker and author. And, he’s a world class runner. At 48 years old he became the oldest runner to break a 4 minute and 20 second mile (yes you read that correctly). He’s set numerous world records in his age group and at 51 he continues to smoke younger runners half his age in the 1500 meter and other races. Ask him about his competitive advantage and this humble and inspirational man won’t talk about being the fastest runner, but instead credits his coach with having the best plan. Brad, unlike many other of his competitors, has realized that his advantage is the team of people around him.

As human beings, we’ve been programed to assess ourselves based on our past performance. We look back at how we performed in a soccer game or dance recital. We were graded in high school and university based on how we scored on a test. We might even beat ourselves up for how we interacted with others during a weekly team meeting.
The challenge is that you can’t do anything about the past. It’s gone. It’s complete. It’s kaput.
But you can do something about the future.

With Stakeholder Centered Coaching, the emphasis is on feedforward – what’s ahead of us. We utilize suggestions and ideas provided by Stakeholders on how to improve in the future.

Instead of always looking in the rear view mirror, the focus is through the front windshield.

It can be. For example, the book The One Thing by Gary Keller, cites research from the University of London that suggests it takes between 18 and 254 days to create a new habit, with 66 days being the suite spot.

But as a human being, if you find the right motivation and you link the right pain and pleasure to why you want to
change, you can change in an instant.

The bigger challenge for leaders is changing the perceptions that others have of them. There’s history, baggage and past experiences. Here’s an example. I’m currently working with a leadership team from a high tech company in California. The COO is earnestly trying to change some of her aggressive tendencies that have marginalized other executives on the leadership team. Her data suggests that she is changing, and, at the same time, one of her team members doesn’t see the change as authentic. This COO’s greatest challenge is that of perception change, not behavioral change.

With Stakeholder Centered Coaching a leader checks in with his stakeholders on a regular basis asking for both feedback and feedforward. The process of asking, listening and thanking others for their input not only helps accelerate behavioral change. It also helps change perceptions.

There are many ways to coach leaders and executives. If your practice is focused on leadership behaviors, take a look at Marshall Goldsmith’s work and his Stakeholder Centered Coaching approach.

We all have to get better at measuring our coaching results. And, to enhance the Stakeholder Centered Coaching approach, combine it with the Coachmetrix coaching tool for a powerful and enriching coaching experience.